Porto is the second largest city in Portugal and one of the most popular European tourist destinations. It is distinguished, among other reasons, for the Historic Centre, considered  World Heritage Site by UNESCO since 1996 for having “remarkable universal value for its urban fabric and its many historic buildings that testify to the development over the last millennium of a European city turned westward by its commercial and cultural connections. As a result of its importance to Portuguese tourism, it won the World’s Leading City Break Destination in World Travel Awards 2020, the “European Tourism Oscars”.

Known as “Cidade Invicta”, a nickname that derives mainly from the Liberal Wars period (1832-1834), where it proved to be “invicta” against the robberies of the absolutist troops. Being historical, its customs and traditions are intrinsically linked to the Portugal history. A good example of this is the gastronomy, consisting of well-known dishes such as “Tripas à moda do Porto” or “Francesinha“, which can be found in several of the city’s restaurants, first dating, according to legend, from the period of the discoveries (other sources even suggest earlier dates).

When talking about Porto, it is impossible to leave out one of its natural ex-libris, the Douro River, the second longest in the country and the third longest in the Iberian Peninsula. But it is not only its extension that matters. When you get to the famous “Ribeira do Porto” it is easy to identify a type of boat characteristic of this river, the Rabelo boat, typical of the Douro River which transported the barrels of the famous Port Wine from the vineyards of the Alto Douro to Porto/Vila Nova de Gaia, where the wine was stored (Port Wine cellars) and later sold. It is impossible to escape from this tourist spot, namely the Port Wine that precisely bears the city name on the label. Being a naturally sweet wine, it makes the charms of the national and foreign population, contributing not only to Portuguese exports but also to the growing tourism in the northern region of Portugal. 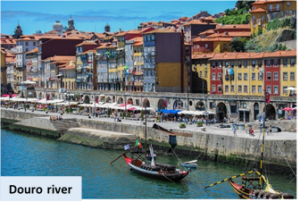 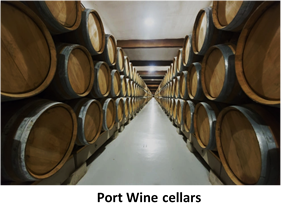 Besides these attractions, we can find several of the country’s emblematic monuments in the city of Porto, ranging from the D. Luiz I Bridge and the Clérigos Tower to São Bento Railway Station and Bolsa Palace. Not forgetting the beautiful Foz do Douro that, besides the beaches, is a place where can admire Felgueiras Lighthouse, walk around Foz Velha streets and Pérgola da Foz and where you can find cafes and/or restaurants with the most varied meals. 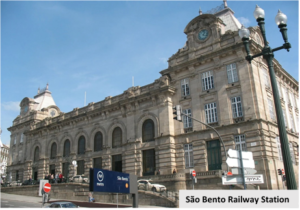 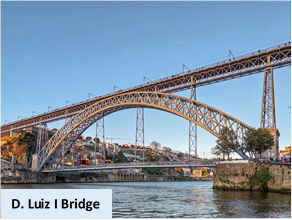 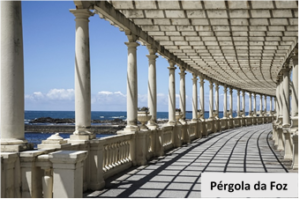 With a vibrant cultural activity, it is also easy to find spaces dedicated to culture, concerts, art, and exhibition, such as Lello Bookstore, Serralves Park/Museum, Crystal Gardens Palace, Soares dos Reis National Museum, and the Rivoli Theatre, São João National Theatre, and the well-known Sá da Bandeira Theatre. In terms of concerts, one cannot leave out what Nicolai Ouroussoff, architecture critic for the New York Times, classified as Rem Koolhaas’ most attractive project, the Casa da Música or the unmissable Coliseu do Porto. 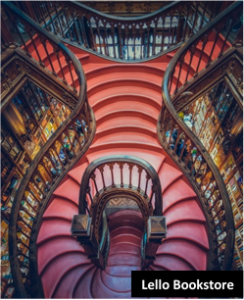 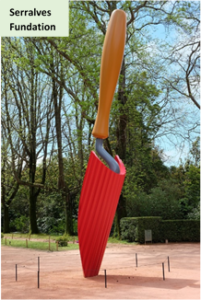 To finish, it is essential to highlight the city areas where you must walk, areas of the “Baixa”, such as “Avenida dos Aliados” and Santa Catarina Street. 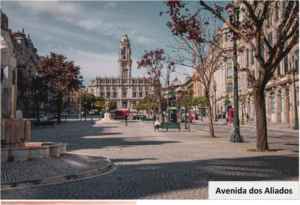 As a curiosity, we leave you below the link to the Lapentor app, in case you want to make your OPorto tours online:

Climate: Oporto has a Mediterranean climate, with hot summers and cold winters. Detailed weather forecasts can be found at IPMA website.

Language: Portuguese is the most spoken language in Oporto, but you can also find people who can communicate in English, namely at this conference, in hotels, airports.

The ISAG-EBS mission focuses on contributing to the people/organizations competitiveness, fostering the innovative knowledge creation and higher professionals  education with a business and management global vision, based on a solid ethical training – which will allow students to prepare for the exercise of highly qualified professional activities, with a technical, scientific and cultural training of higher level in the areas of Business Science, Tourism, Hospitality Management and Applied Languages.

BY PLANE AND PUBLIC TRANSPORTS:

To get to the Oporto city:

To get to ISAG, check transports below:

To get to accommodation:

If going directly to ISAG, check transports below:

To better organize your trip to ISAG-EBS, you can consult Horários – STCP.

To better organize your trip to ISAG-EBS, you can consult Metro do Porto – A Vida em Movimento: